Thank you for visiting! This website is meant to help the world of technology in whatever way seems relevant, useful, or fun for everybody in general. This is a philosophy that I hold near and dear. Currently, one of my major interests is in supporting open source software, which allows myself and others to help build a more transparent and scientific process of developing software that benefits everyone.

To help further explain the purpose of this place, here is a historical perspective of my background. Originally, when I realized I had a love for the computer world, I initially began dabbling with building, modifying, or simply studying the hardware of a computer. Of course I did what all young, inexperienced technician does: I ended up accidentally breaking some of these computers, usually from static electricity. So, I was quite relieved that my mother did not get too mad at me when I would destroy the family computer. Thanks for the support, Mom!

After time went on, I eventually found a love for tweaking things in the software land. I taught myself pretty much the entire mIRC scripting language by building various scripts, bots, and even some small games (mIRC is a way to communicate with other people but you can also program certain things as well). Next, I grew a love for the Half-Life computer game, which I promptly followed by running a Team Fortress Classic (TFC) and later a Natural Selection (NS) gaming server. While in the Half-Life universe, I had a lot of fun modifying server-side programming plug-ins that helped to enhance the server(s) in various ways and I also did other neat things such as building maps (the levels), converting maps from one game and porting them to another Half-Life game, or tweaking the models in the game to add a bit of customization to keep things interesting. (Oh, in case you are wondering, no, neither mIRC nor Half-Life are open source technologies. I did not fully understand the open source scene when I initially gravitated towards these proprietary software applications.)

As you may have noticed, I am no longer running any kind of Half-Life gaming server. Yet, running those servers in the past made me more enlightened on how to use, put together, and optimize lots of technologies that I relied upon (from the gaming servers and web forum, to this website, and so on). Furthermore, I gained a lot of first-hand experience on how to interact with the people that came to play on my servers. I've met great and wonderful people, from those who helped to volunteer and administer the server with me, to those that just came to have fun, relax, and think while playing a complex game. Additionally, it was always quite an experience in learning how to deal with the negative players who came to intentionally disrupt the game for others. In general, my fellow game administrators and I were pretty fair on how we enforced our #1 Rule of: "Be respectful (especially to new players)." Yes, we would kick or ban people when needed, and we even had a system whereby those who were banned could claim their innocence on our forum. Though, we never had one banned individual attempt to use this resource, so I assumed we were doing something right.

Moving on to summarize some of my past career positions, I have had the pleasure of working in the Information Technology (IT) world in a number of ways, such as being a Software Developer, a Technical Project Manager, a Systems Administrator, and as a Network Technician.

But, what does all of this have to do with this website you ask? Good question! In short, I have learned one main idea from my many professional and hobby-based experiences: Technology has the power to inspire greatness or it can crumble and confuse people and services. This is why I will try to create content or software that makes sense to provide a slice of sanity for people to learn technologies in meaningful and enjoyable ways.

Thank you for reading, 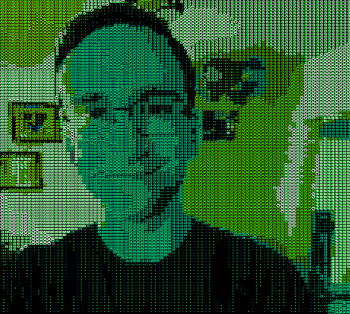 P.S. Even though I go by the name of junktext, I actually pride myself on writing and speaking proper English. I chose my obscure pseudonym when I had the first, true spark of seriously wanting to learn more about computer technology. I was in high school, the 10th grade, and I was taking a Desktop Publishing class which, if you are unaware, this was a class to learn about how to create various types of printed documents such as brochures, flyers, advertisements, magazine articles, and the like. Anyhow, we kept using a standard block of "junk text" to be used as filler text for the documents so you could have an idea of how the overall layout of your document design looked while not worrying about writing the rest of the content. The "junk text" was not valid English sentences but were instead garbled-looking phrases like "Lorem ipsum dolor sit amet" (and so on). Furthermore, I was not doing that well in the course initially, so as a challenge to myself I decided to try and get a better grade. From that point forward, I became a computer geek after I learned how vast and fun technology can be.

P.P.S. "Lorem ipsum dolor sit amet" is actually Latin, but written in a nonsensical manner. The history of the usage of this "junk text" goes back to the the 1500s. See these two links for details: http://lipsum.com/ and http://encyclopedia2.thefreedictionary.com/Lorem+ipsum.

Punctuation Note: I prefer to use logical punctuation, which the Brits use as well. Therefore, I only include commas and periods inside quotation marks when those forms of punctuation are actually intended to be part of the quote itself. Yes, after doing much research, the American English form of writing makes zero sense on this regard, which obtained the historical tradition of placing commas and periods inside quotations to make things look "neat". Have you ever noticed that a semi-colon, colon, question or exclamation mark (not intended for the actual quote) is always placed outside of American quotes? Why are some punctuation marks cherry picked for inclusion while the rest must stay outside? This is simply illogical, hence I use logical punctuation. So, please don't view some of my sentences throughout the site as a punctuation error. Furthermore, I hope you join me on this crusade too!